This post contains spoilers for both the plot of The White Queen and, if you’re unfamiliar with it, late fifteenth century English politics as it really happened.

BBC One’s The White Queen, which concluded on Sunday, has attracted a truly remarkable amount of venom, nearly all of it undeserved. Just yesterday, some outlets rushed to run the story that it had been “cancelled” when it was in fact a serial and, as anyone familiar with the historical events it depicts could have told you, it really had reached the end of the compelling narrative it was relating. The eagerness of some people to stick the boot in was pretty astonishing, however. Now, I’m sure that for a professional medievalist it was probably a rather painful watch and could quite readily be nitpicked into oblivion. But I want to use this post to say why I enjoyed it both as a high quality slice of drama and as a very welcome bit of exposure for a period of history too often neglected in favour of the ever-popular sixteenth century.

While it’s true that The White Queen wasn’t textbook history, the place to go for that is a history texbook (for the textbook version of events depicted, go to this one, or for something equally authoritative but closer to storytelling, try this). The only obligation on the programme-makers is to produce ten hours of high quality drama. For my money they succeeded, and did so by presenting the basic outline of an exciting and fascinating slice of English history essentially accurately: Edward IV did make a marriage with Elizabeth that failed to advance England’s diplomatic interests and cocked a snook at his mentor Warwick; he did get kicked off his throne and have to re-claim it; George Duke of Clarence was an unstable figure who repeatedly rebelled against his brother, and may even have been drowned in malmsey wine; and Henry Tudor did ultimately seize the throne from a hapless Richard III, with his scheming mother pressing him on. So far, so historical.

The late fifteenth century is not a period of history, however, about which we have an abundance of detail regarding the personal relationships between the key figures; indeed, at times even the basic narrative of events is a little cloudy (as is particularly the case around Richard’s usurpation of the throne, of which we have hardly any reliable contemporary accounts). The programme-makers therefore have a lot of space to fill in terms of the detail of what we see on screen (exactly why Edward married Elizabeth, and the arrangements he made on his death-bed, are both good examples: we just don’t know what happened, so the programme has to show a reasonably plausible guess). Moreover, The White Queen was adapted from Philippa Gregory’s novels, and I can’t tell you which of the creative choices were made by her, and which by the producers. Nonetheless, I’d argue that the show on balance made its decisions wisely.

The focus on the women was clearly a conscious choice, and I presume comes from the novels. It doesn’t, as I believe Philippa Gregory has tried to suggest, show that “the women made history” in this period or anything like that; indeed, it makes it obvious that society and politics at the time were truly patriarchal and the role of women was principally to produce male heirs and wait at home for news from battle. Nonetheless, the focus serves the programme well: focus solely on the men would have left the female characters barely seen on-screen, and ten hours of thuggish men slugging it out would not really work as mainstream television drama. The focus also makes the dynastic considerations in English politics clear, which is impressive as they are quite hard to put across without a diagram. Better still, it also means the producers don’t have to show lots of very expensive battle scenes (and when they try, it must be said the limitations of even a lavish TV budget were very obvious, as the viewer is never convinced there are two armies on-screen).

In particular, the choice of Elizabeth Woodville as the central character offers a clear thread through the main events, although the point at which she enters the story does mean we didn’t get to see much of Henry VI’s madness and to understand why his reign was such a disaster. It also means that the series got off to a relatively slow start, with the really juicy plot turns coming from the second episode onwards; word of mouth appears to have been kinder to the show than initial reviews, as viewers who stuck with it found it rewarding. But I must say I can’t identify a better place in the history to start; maybe some kind of non-linear structure, telling the early part of the story in flashback from some later decisive point, would have remedied that problem.

Overall though, one of the nice things about drama generally, and why The White Queen withstood most of the minor liberties taken with the history (and I’ll get to those) is that on-screen characters are defined by their actions, and with the basic outline of events correctly shown the characters – perhaps more the men than the women – carry fair echoes of their historical counterparts. Edward IV was indeed an effective and mostly un-vindictive king (the historical Edward did not have Henry VI executed when he could have done, much to his personal cost); similarly, Richard is pleasingly balanced, accurately shown as loyal to Edward in his lifetime, and making a succession of bad decisions after it (albeit not quite the mistakes the real-life Richard made); and Clarence was indeed self-centred and arguably rather unhinged. 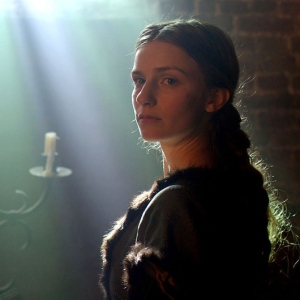 Even from this standpoint however, the last two episodes were problematic because they showed a convoluted (albeit moderately clever) explanation of the deaths of Edward V and his brother in the Tower that departed from the overwhelmingly most likely historical explanation: that they were killed on the orders of their uncle Richard. I wouldn’t exactly say Richard is treated well by the show’s revised narrative: arguably the incestuous affection he develops towards his niece – ostensibly as a political ploy, but genuinely felt by the character, on my reading of the drama (confirmed in the US edit, which contains some gratuitous nudity from most of the female leads, including a love scene between Richard and the younger Elizabeth) – is at best one step up from murdering his nephews. It’s an interesting treatment of the character, but the true situation – a loyal lieutenant, lacking the skills for leadership and making a series of ever-more panicky and ill-judged decisions, culminating in a combined regicide and infanticide, and then his own death – would have served at least as well for the purposes of the drama. It also undermined the fictional Richard’s relationship with his wife at the end of her life, whereas the real-life king was reportedly much more upset by her death than the one we saw here. That said, and as an aside, Anne Neville’s journey from frightened girl to scheming eminence grise and ultimately to broken, guilt-wracked queen is one of the best story threads of the serial, and impressively portrayed by Faye Marsay in what IMDB suggests was only her second screen role. Similarly, Rebecca Ferguson and Amanda Hale were also excellent as the other main queens; the latter seems a little typecast currently in playing semi-demented women, but she does it brilliantly and certainly managed not to lose the viewer’s sympathy for Margaret.

But to wrap up the problems: the second of the biggies was the survival of Elizabeth’s second son by Edward. Not only is this nonsense historically, but it makes little sense in character terms either: it is very hard for the viewer to accept that Elizabeth will just sit back and not tilt for the throne with her surviving son, after all she has already put herself through. Of course, it’s not clear at the end that that’s what happened: the series finishes at the end of the battle of Bosworth, and doesn’t attempt to get into the political consequences of Henry Tudor’s ascent to the throne – if you didn’t know the history, you might have expected a second series to pick up with Elizabeth trying to oust Tudor. I had rather expected the show to go up to Elizabeth’s death, by which time she had become the grandmother of the future Henry VIII. But looking at it in terms of cold story, really once matters are settled at Bosworth, the conflict that drives the drama is over, so I can understand the writers not risking a limp final episode or half-episode to wrap everything up in a bow.

Those slightly wayward choices aside, the serial really did put the whole saga on-screen in a way that was faithful to the beats of the history. It would be letting the show off the hook, however, not to acknowledge at least some of the holes that could be picked. I didn’t mind that it looked rather “chocolate box” – it’s a prime time drama on BBC One, and I thought the way the last couple of episodes in particular were shot looked sumptuous. But beyond the quality of the photography, the architecture was neither convincingly English (the filming taking place on the continent) nor, often, convincingly medieval; the period church interiors in particular were unconvincing, seldom resembling medieval Catholic churches at all – then again, there aren’t exactly many of those left untouched by the Reformation.

It can also be observed that some of the historical players, particularly nobles, were omitted entirely, conflated with other nobles or alive at a time when their historical counterparts were dead. But, frankly, good – fitting that amount of history into ten hours is a demanding task, and sacrificing a bit of detail for the sake of getting the outline of the key events on screen is not merely justified but essential. I had more of a problem with Edward IV personally murdering Henry VI, both for the idea that he would do it himself and for the depiction of the old king being smothered, when Henry was more probably killed by a blow to the head. 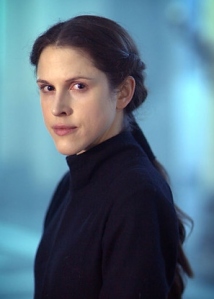 It’s also the case that the actors aren’t the right ages, for instance at the start of the series Margaret Beaufort, with her son Henry Tudor only 5 or so, should still have been in her late teens, having only been about 13 when she gave birth. In my view however the producers were right not to go overboard on distracting ageing make-up, or re-casting each part in “old” and “young” versions (with some sensible exceptions, for characters who start as children). Less well-judged were a couple of very modern-looking “trials” – although it’s true that Edward prosecuted Clarence personally, the production relied on the televisual grammar of modern courtroom dramas rather too heavily. The depiction of the Woodvilles’ witchcraft actually affecting the outcome of events is bobbins too (I’ve no problem with the idea that characters might have believed witchcraft had an effect, of course), although the subtle pay-off near the end with the reference to the ill-fated Prince Arthur almost redeemed it… but didn’t quite. And no doubt many costume and other details are out if you’re minded to look for them.

Overall though I do think that to grouse about the detail without recognising the serial’s strengths is to miss the wood for the trees: I was delighted to see this period getting a high profile treatment on television, and it has certainly re-kindled my enthusiasm for it. Some modest mis-steps aside, The White Queen made a decent fist of that difficult task: turning compelling history into compelling drama.

Error: Twitter did not respond. Please wait a few minutes and refresh this page.