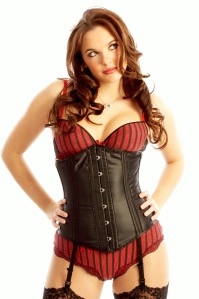 What is it?
Michael Price (played by Justin Edwards), a middle manager entering middle age, feels that life is passing him by. In a sexually unfulfilling marriage to the fiercesome Pippa (“she’s wonderful… very punctual”) he decides to address his mid-life crisis by visiting a brothel in the anonymous suburb where he lives. There he befriends the prostitute Hayley (Jodie Albert) but is far too hesitant to have sex with her (“I’ve got a talker!”); nonetheless, what begins as a a quasi-counselling relationship gradually turns into an unlikely but genuine, and unfulfillable, romance. Michael increasingly has to hide his secret life from his wife, as well as reconciling himself to it.

Respectable ran for a single series of six episodes on Channel 5, with involvement from Paramount Comedy, in 2006 – in a double bill, as I recall, with the surprisingly effective sex-themed sketch show Swinging.

Why was it good? (1) Sidebar on the subject matter
There’s one thing about Respectable that we need to address up-front: it’s a sitcom set in a brothel. Is this off-limits as a subject for a sitcom? Is it deriving humour from the exploitation of women and therefore unforgivable?

Undeniably the sex work depicted in Respectable is at the gentler end of the subject, like Belle De Jour’s novels and their TV adaptation: Respectable presents a suburban brothel run by a gruff mother figure old pro, with a receptionist and prostitutes who include Hayley and her best friend Kate, a student working to fund her studies. Some might argue that by showing the relatively safe end of a murky world the show was irresponsibly complicit in immoral activity (however one approaches the morality of sex work).

I must say I don’t find these objections very convincing (and wouldn’t be including Respectable on the list if I did). The same or similar objections can be levelled at lots of other fondly-regarded sitcoms that operate at the cosier end of unpleasant subject areas: Dad’s Army shows a World War Two of well-intentioned bumbling, not of people being blown to smithereens or bombed out of their homes; Only Fools and Horses and Porridge are both set deep in the world of criminality; Whoops Apocalypse! involves a nuclear armageddon; Victoria Wood’s Dinnerladies, in showing people employed in low-paid work, arguably gets laughs from economic exploitation.

Now, there’s a case that perhaps comedy should not go into unpleasant territory that can, even if not shown on screen, involve suffering; but it seems to me that in order to mount this argument against Respectable one either has to argue against a whole range of sitcoms, or argue that there is something exceptional about sexual exploitation compared to any other kind of bad thing. Both arguments are possible, but I can’t say I have much truck with either, and don’t feel there’s any intrinsic problem in a sitcom being set in the world in which Respectable is set.

Indeed, the programme’s makers claimed that the brothel it shows – five women working together in a shared house on an anonymous street – is a type present in many a British suburb; and it’s certainly a model that is safer for the workers and whose continued criminalisation attracts well-evidenced criticism, as I understand the debate. That said, it’s no doubt about as accurate a depiction of that world as Dad’s Army is as life in the Home Guard – recognisable in outline, but not realistic as such. But ultimately one pays one’s money and takes one’s choice; undoubtedly some people will, for good reasons or bad, struggle to get past Respectable’s subject matter.

Why was it good? (2) So, why was it good?
So, having got that out of the way, why was Respectable good? It boiled down in some ways to a “secret life” story, a staple of plenty of comedies where the protagonist has to keep their “other” life secret. This gives rise to a fine line in farce at times, though fortunately the mainstay of Respectable’s comedy isn’t an ever-more implausible list of excuses from Michael.

If anything, Respectable gets a lot of its humour from poking fun at the middle classes: however nice a man he may be, Michael is undoubtedly dull and conventional, admiring few people more than Judge John Deed, seldom happier than when sipping a pint of IPA, and chronically embarrassed about sex. His wife Pippa too is highly conventional, albeit in a materialistic kind of way; together the couple appear to have lost perspective on what matters in life, which the series exploits to good effect.

But it’s the relationship between Michael and Hayley that ultimately makes Respectable work: both are highly sympathetic characters who are, by the end of the series, clearly each the best friend that the other has, even though their love is impossible – a fine creation by Shaun Pye and Harry Thompson. Justin Edwards and Jodi Albert both turn in wonderfully likeable performances as convincingly flawed characters, and there is a thoroughly satisfying emotional pay-off at the end of the series, teeing it up nicely for a second… which never came.

Finally, the music deserves a mention: both the theme tune and the incidental music are built around a sad and understated piano theme, which is given a bigger and more stirring arrangement for the touching last scene between Michael and Hayley in the finale; the music builds to a climax with the story in a rather impressive way.

Why is it underrated?
However much I might like to build the case for these underrated sitcoms, very often they are underrated for a reason and there’s no shying away from it. No comedy is ever to everyone’s taste, but Respectable perhaps limited its appeal more than most. Rightly or wrongly, the brothel setting no doubt lost a chunk of the potential audience instantly.

Even beyond that, its appeal is clearly not universal. I once loaned my DVD of the series to a director for whom I was writing a feature script, in an effort to find some shared common ground on comedy as we tackled the next rewrite; he watched it all, and made a point of telling me how awful he thought it was, and seemed genuinely not to believe that I liked it (I left the project soon after, as we were clearly not going to see the same future direction for the film). I never quite figured out why, but if you don’t go a bomb on unfulfillable love stories or humour poking fun at the English middle classes, it won’t resonate much.

Worse still, it was on Channel 5, which must have supplied plenty of reviewers with ample excuse to be sneering: if it was part of a raft of sitcoms from the channel it might have been taken more seriously, but as it was it arguably seemed (if you didn’t bother to watch it) like another tawdry sex-themed C5 show, its scheduling alongside the similarly adult Swinging clearly not helping – although both deserved more acclaim than they got.

But more seriously, the show did suffer from an unevenness of tone: the character-led humour, revolving around Michael’s relationships with Hayley, Pippa and Barry was quite a contrast with the other dimension to the humour, which featured a lot of knob gags and similar sex-based humour. It was often very deftly done, by playing on Michael’s very English awkwardness about sex, but sometimes it was much more straightforward rudery. Now I enjoyed both, but the cruder stuff undeniably does at times jar a bit with the character-led material. Similarly Hayley is portrayed as extremely uneducated – perhaps not unrealistically – but this can occasionally translate into her being gauche or even at times plain stupid, which can feel uncomfortable when she is generally such a sympathetic character

Ultimately, it’s not the subject matter one has to forgive, but the sometimes awkward blend of deft character-driven comedy and plain dirty jokes (though I wouldn’t want to overstate this – it’s rated 15 rather than 18 on DVD, to the extent that that’s any gauge; and for the avoidance if doubt, nobody has their naughty bits on display at any time). Both are, however, very well done in my view, so for my money the fact that they don’t sit easily alongside each other can happily be overlooked if one is in the market for either.

Despite its flaws, Respectable still stands out, to me anyway, as a well-crafted sitcom that tells a strong story, contains plenty of laughs, and has much more heart and charm than one might expect given the premise.

Can I watch it?
Respectable is available on DVD, still very cheaply from some retailers. That said, others list it for higher prices, which suggests it may be out of print; if you feel like taking a punt for a few quid, get in quick would be my advice.